By Michael Skok and Nikhil Jaipuria 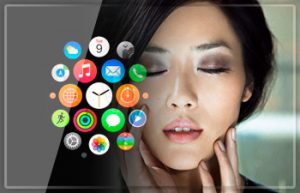 AAPL just announced stellar results. A 33% surge in quarterly profits, on 27% year over year Revenue growth to $58 billion. The Apple Watch demand exceeded supply and estimates are that more than 1 – 2M watches have been sold. I’ll explain why that number is a breakthrough and on a more down to earth level, as promised I’m announcing the results of the competition for my Apple Watch and a new challenge to win my wife’s watch!

First of all thank you to the 175,000+ viewers and the outpouring of several hundred insightful comments and many multi page emails on my last article, “Don’t Buy An Apple Watch – I’ll Give You Mine”. They were engaging, insightful, fun and even just plain funny! I can transparently say that it was well worth the relatively small price of admission to give my watch away to hear you all, and it provided wonderful research for teaching. Thank you!

Yet, despite all we heard from you, we were very surprised not to see this question fully answered:

What will you do with it?!

Luckily my wife doesn’t know either, so I’m giving hers away to whoever can best address that question. Obviously there’s a bit of a chicken and egg here until the Apps become available, so I’ll share some further thinking around Platforms vs Apps and frameworks for those of you interested to tease out more learning. (And yes, I want to be transparent, this is as much for fun and learning for us all as it was the first time, so join in that same spirit if you please.)

When I’m not investing I’m learning and educating. So we took all the comments and online discussion to a Product Strategy class at Harvard Business School to review and discuss what we had learned. It was a fascinating discussion. (1)

Picture of one of the many HBS class blackboards we filled, below: 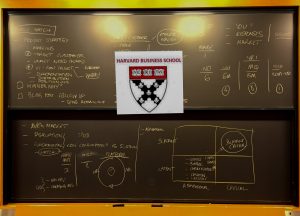 There was significant debate about who would or would not buy an Apple Watch and the reasons why. Best of all, the Apple Watch is a great learning opportunity around product strategy (ClickToTweet) for which I thank every one of you who joined the conversation, and of course the HBS students for teasing it out. Ali, for example, made a case for her Fitbit and why the Apple Watch would not displace it, and what it might take to change her mind – reinforcing the “replacement” issue I raised in my first article as well as the the “inertia” and “gain/pain” challenge from that framework.

The best discussion was sparked by Nikhil Jaipuria who challenged us to be Apple-like and “think differently” about how the market would evolve. Accordingly, I asked Nikhil to pick our winner and to co-author this follow up post with me.

In Nikhil’s Own Words:
There were a bunch of incisive comments that touched on everything from the reasons why people would or would not buy the Apple Watch, including opinions on the BLAC and Gain/Pain Frameworks, the Apple ecosystem, and the competition.

Here are some select summarized comments that got us thinking…

Now back to that big unanswered question: What will you do with it? Without a use case any product is likely to die as a fad or go out of fashion (ClickToTweet) See the simple See, Try, Buy, Fly, Die product lifecycle diagram later.

Fashion was certainly discussed as a part of the Apple Watch appeal, with some of our students even suggesting in the short term it might be a status symbol. It’s certainly looking that way with all the Hollywood and Music celebrities.

From discussion of the BLAC (Blatant, Latent, Aspirational, Critical) framework in the HBS class: 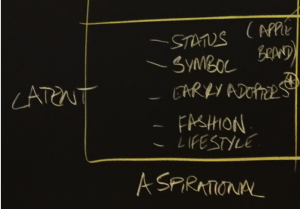 As we discussed fashion, we noted some of the the positioning and messaging that Apple used with the rollout of the watch, including the incredible number of variations available.

From discussion of the BLAC framework in the HBS class:

As we discussed fashion, we noted some of the the positioning and messaging that Apple used with the rollout of the watch, including the incredible number of variations available – a first for Apple – clearly aimed beyond tech personalization to stylistic individuality. Those paying attention would note that Apple hired both former Burberry CEO Angela Ahrendts and former Saint Laurent CEO Paul Deneve.

And of course they already have the inimitable Jony Ive.

But successful product strategies require more than fashion and great design. For example, eschewing the long lines of typical Apple new product introductions, how successful has Angela’s strategy of online-only ordering and personal in-store appointments been? And who are are the first couple of million buyers anyway? Fashionistas or Developers?

If it’s Fashionistas, how long will the fashion cycle be? If it’s Developers how long until we see some Apps we want to try and buy?

To look at these percentages in the contex of the current market for the Apple Watch, one has to remember that the watch requires the IPhone5 or later as a companion. Given there are approximately 300 million such devices in the market, the segments are as follows:

If this turns out to be true, then Apple could sell nearly 48 million watches before it even has to get beyond the Early Adopters! But does this really apply to Apple and their watch? And how fast will it happen, given that consumption spreads so fast today? 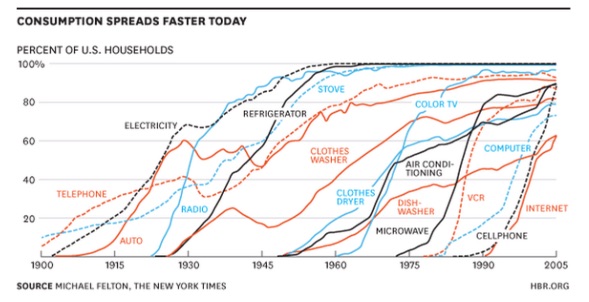 A crack in the curve, turns out to be a “chasm”.

It turns out Everett Roger’s Diffusion of Innovation theory as shown in the diagram above works well until you have a disruptive innovation like the Apple Watch. Enter Geoffrey Moore who recognized high tech startups fail over and over again because they could not cross the chasm betwen the “Visionaries” and the “Pragmatists”. 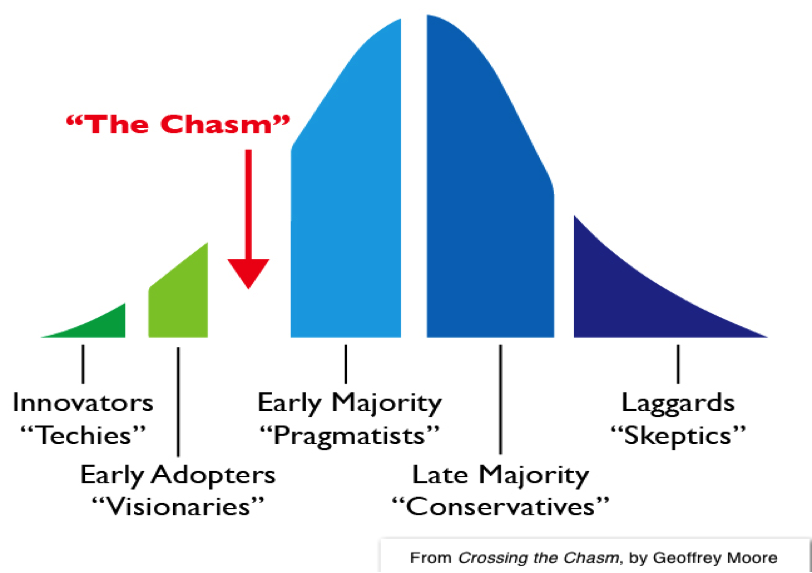 I highly recommend Geoffrey’s book that will help you understand what it takes to cross the chasm. (Full disclosure, Geoffrey was on my advisory board for years, is a great friend & mentor and has taught at in my Startup Secrets class at the Harvard Innovation Lab). Suffice it to say you’ve got to prove to pragmatists that the technology offers improvements in productivity. There’s that big question again – what productivity do you want from your Apple Watch? And how will Apple deliver it?

In the hands of innovators…
In the pre-chasm phase, the innovators are clearly going to be the Apple Developers. It’s no accident that Apple announced the watch early in the fall, months ahead of it’s consumer release. It was critical to get the developer audience on board to create those new productivity Apps. And until we see those Apps it seems the world is still very much undecided about the fate of the Apple Watch. But I’m not. And here’s why.

In my first article, I said my job as an investor is always to create a balanced argument for whether to invest or not, as well as understand the entrepreneur’s vision and get behind it. That often means developing one’s own understanding or being prepared with a vision for a market. Accordingly I’m sharing my vision for Apple’s Watch.

It’s all about the platform
I believe Apple’s Watch is a breakthrough new platform. It represents the first mass market wearable platform. Whether powered by Apple’s iPhone installed base or Apple’s brand, the initial orders have already smashed the sales pace of all other wearables. For illustration, the pre-orders for the iPhone are estimated to be between 1 and 2 million devices. Android wear, in comparison, sold 720,000 for all of 2014! And the more developers in those first buyers, the merrier as far as I’m concerned. 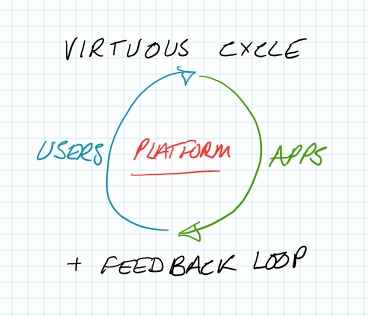 Apple is in the enviable position of already being a powerful platform for both Apps and Content. And, it already has an incredible developer base. So IMHO the Apple Watch is going to break the record as the fastest time to become a platform in tech history. (ClickToTweet) For illustration, it took Apple 74 days to sell one million iPhones in 2007, 28 days to sell 1 million iPads in 2010, whereas the 1 million mark for the Apple Watch was achieved within a few hours of the pre-order phase! So don’t blink, because Apple’s watch platform just happened! Thanks to the pre-introduction to developers, over 3,000 Apps have already been released. The platform will now evolve as fast as the developers, the watch hardware, apple’s upgrade cycle and business model will allow. And of course as buyers we will cause the platform growth and developers in turn will spin the cycle of innovation faster and extend the platform farther.

Always on YOU
And this new platform has some unique attributes: it’s more personal than the personal computer ever could have been and more “on” than any internet device, yet. Because it’s not just always on, it’s always on always on YOU – physically. It’s also obvious that the miniaturization of sensors on this platform will offer a compelling platform for developers who, in turn, will create many new applications that were simply not possible before. Some will only appeal to early adopters, and will be only be latent and aspirational, but in time they will become appealing to the masses and part of the new normal of our life. I look forward to the day when I don’t have to think about checking on my health, but instead have a device that is offering personalized medical predictions for me. It will come, and it will require a device that is always on me. That is until it’s in me!. (One commenter on my last post already suggested his vision for iOrgans!).

The investor viewpoint.
As I told you in my last article, I took advantage of the initial stock dip that happened after the Apple Watch launch. The stock is up ~$8 since then. (Based on after hours trading following Apple’s results today). But that’s irrelevant to me. I’m a long term investor. Per the disclaimer at the bottom of this article, I can’t, and won’t advise you – there are many, many good reasons why. Here’s one for starters. I know very little really…

This is far from complete, as it could include things like the Competitive response, but even so, you can see why your responses to the big question of what you’ll do with the Apple Watch are so important to think this through.

Of course beyond that the tough part is always the unknown unknowns. That’s where we can only guess at things that can change Apple and “The market” – like Job’s death and “Black Swans”. But the more we can identify these the better, too. So for bonus points, feel free to add your knowns and unknowns in the comments. For what it’s worth, in my experience, the tech industry always has one lurking. It’s the next technology disruption. Just as you think you’ve seen the future, something like the internet emerges to disrupt everything. And then a new platform like cloud computing emerges. You’ve got to love that cycle as an investor because it creates opportunity for entrepreneurs.

We look forward to hearing and learning from your comments about what you will do with my wife’s Apple Watch, and awarding it to the best use case/App you can imagine. If possible please also self-identify whether you think you are a visionary, early adopter, pragmatist, conservative, or skeptic.

(1) Special thanks to the students at HBS and Professor Tom Eisenmann for encouraging this learning opportunity and such a thought-provoking discussion.